Skip to main content
Home / The History of Bravefriend 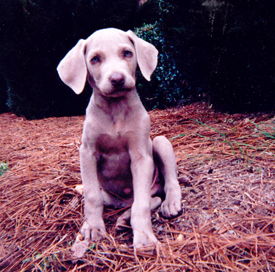 Allow me to explain how I got started designing and printing my clothing line and what was my inspiration. When I graduated college I got a job working for the senior partner for a large law firm in Columbia, SC. I had studied business but I had been doing art before I could write my name.  I worked there for about a year and a half before my life took a dramatic turn. On the night of April 20th 1999 my house caught fire while my roommate and I were sleeping. Luckily, Tanner, my dog woke, me up by licking my face. When I arose I saw that the house was completely engulfed in flames and I had only a few seconds to break my roommates door down and pull him out to safety before the house collapsed. I thought my dog had followed me out but in all the confusion he was still inside. I tried to save him but the windows were painted shut.. He died that morning…giving his life to save my roommate’s life and mine…thus “Sometimes a Dog is as good as any Man.” The kicker was, not only did I lose my dog but also I lost everything I had ever owned. I did not have renter’s insurance at the time and the law firm blamed me for the fire even though it was the faulty electrical wiring. This meant nothing of mine would be replaced. I was young and no one had ever told me about renter’s insurance. 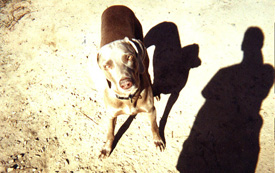 Thankfully, family and friends were a big support during this time in my life by donating time, clothing, a place to stay, shoulders to cry on and money when they could spare it. I was devastated about the loss of my dog…thinking I would never see his young face again and I was unsure how I would ever rebuild my life. Subsequently a friend of mine suggested using some of that hidden and untapped art talent of mine by drawing John Bell from my favorite band since 1990…Widespread Panic.  Listening to their music inspired me to attempt my first portrait of John Bell singing his heart out to the crowd. I made the illustration into a shirt and headed out to Mud Island for their two night run in 1999.  Well before I knew it I had sold all of them in two days and I had gotten such great responses from so many fans to reproduce the first one again and to do another new design. So I drew two new illustrations and produced them as shirts. Soon after I packed what little I had and hit the roads with friends for summer tour 1999. That was my first time out west…we hit every show and every national park in between. I saw some of the best shows I had ever seen in new places surrounded by so many great people. I had been away from my family but at the same time my new family had grown by the hundreds. I had finally found a way to express myself…to use my talent by drawing the band members and capturing a moment in each concert that touched and moved my soul. It moved me so much that I wanted to continue sharing my art and designs with everyone. 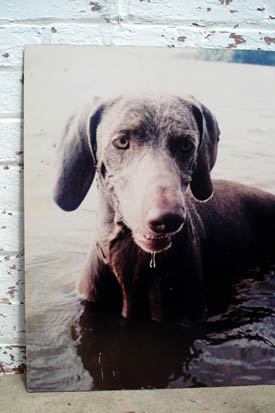 When I returned home from that tour…I sat down and tried to come up with a logo for my new venture. In a time in my life of great loss and despair, I was able to grow and rebuild my life and I owe that to Widespread Panic. While traveling and attending these concerts I met so many beautiful people that consoled me in my troubled times and helped show me there was so much more life to live and experience and that great things can come out of tragedy if I just believe. They were right…I found my calling in life and that was to express music through art. So the logo I chose was a drawing of Tanner, my hero. The drawing only took 5 minutes and then it came to me… I decided to call my business, Brave Friend Apparel & Design. In his honor, I thought this slogan would be appropriate:” Sometimes a Dog is as good as any Man.” From that point on, while traveling to support my favorite musicians, I passed out endless amounts of Brave Friend stickers to promote my work and Widespread Panic’s musical vibe. Before I knew it, thousands of people around this country knew about Brave Friend and the story about the dog behind it, more then they knew me. The support of all the fans has been a tremendous impact on my life’s direction. Most importantly, I thought I would never see my dog’s face again, but with all the fans’ and the band’s support it has allowed me to see his face wherever I go and allow his memory to live on vicariously through the music.

The Concept Evolution of Brave Friend

After the fire, I was left with a steep hill to climb. I could only salvage about 5% of my belongings from the ashes of the house. Without renters insurance, I was entitled to no restitution for my ruined possessions. Take it from me, and get renter’s insurance. It’s cheap and it may keep you from having to start with nothing as I had to.

Having nothing and with nothing to lose, I began drawing. I took apiece inspired by friends and my favorite band, made into a t-shirt and hit the road to ride out my blues. Everyone seemed pretty enthusiastic about the results of my first offering. Many people encouraged me to go further with my ideas. As I continued traveling, I subsequently printed more and more different shirts. The requests for new artwork mounted.  I kept making shirts and the rest, as they say, is history. It means a great deal to see my artwork bring so many different things to different people. I take all of your comments to heart, so please, “keep “em coming.” It is through your energy that I able to create. I have come so far since that awful day in April of 1999. It is through the continued generosity of family and friends I have been allowed to rebuild my life from the ashes it once lay in.

In an attempt to properly express my gratitude, I have left my artwork at your disposal. If I can be of assistance to anyone out there, don’t hesitate to email me at Patrick@bravefriend.net. I am available to assist in logo design, portraits, screen-printing, or sketches of your loved one. If I can help someone in the slightest way, please contact me. Thank you so much for your time and appreciation.