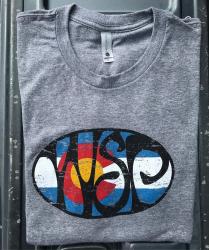 We printed these WSP Colorado Shirts on Next Level Tri-Blend Shirts. These are by far some of the softest shirts I have ever worn as well as printed on. Feels like you this shirt was passed on to you after being broken in for a few decades at a few hundred Panic shows and almost 60 at Red Rocks alone!
We used Hanes Beefy T's for all other shirt sizes 3XL-4XL. If you want a larger size 5XL-6XL please contact me at patrick@bravefriend.net so I can may accomidate you. 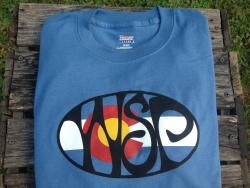 I am really excited about making these WSP Colorado Long-sleeve shirts. They are printed on Hanes 6.1 oz. Long-Sleeve Beefy-Ts. in the color Denim Faded Blue.
You have an option with no lyrics on the back or with a JB Halloween quote on the back.
Specs: 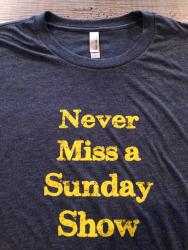 This was inspired by all of the incredible Sunday Panic Shows I have seen over the years but especially by the Best one in my opinion: 6/26/2011!! 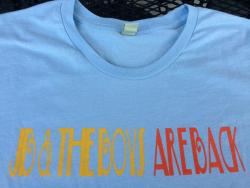 I am very excited on how this new James Brown illustration turned out. This is my official James Brown Tribute shirt for the return of Widespread Panic to Augusta, GA after 17 years.
We printed them on Alternative Apparel Shirts made with 100% combed and ring-spun cotton. (Sizes Small-2XL)
3XL-4XL are on Beefy Ts by Hanes. 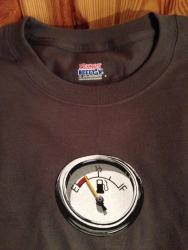 I could not be happier to have finally been able to print new Quarter Tank of Gasoline shirts in Long-sleeve. They are printed on Hanes Beefy T 100% Pre-shrunk Cotton Shirts in Smoke Grey. They are very soft and are a true fit. I hope you like them as much as I do! Perfect timing for the cold weather! 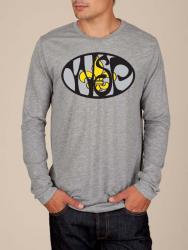 I could not be Happier on how the printing of these new WSP New Orleans "Geaux Panic" Long-sleeve Shirts turned out. The sizes Small-3XL are  printed on Beefy-Ts for their superior softness and fit. 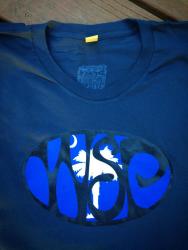 I could not be Happier on how the printing of these new WSP SC Long-sleeve Shirts turned out. They are printed on Alternative apparel for their superior softness and fit. 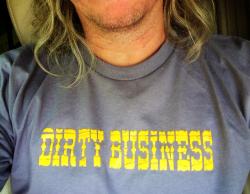 I have been thinking about this design for years. I am so happy I finally got around to printing it. We used American Apparel Unisex Shirts for extreme softness and for a fit that looks good on everyone. Don't get me wrong I like the song Christmas Katie but I really Love Dirty Business way more!! They are printed on Slate Gray with Yellow Gold Ink. The lighting gives the shirt a bluish gray appearance. I really like the look of this shirt. Hope y'all enjoy this one! 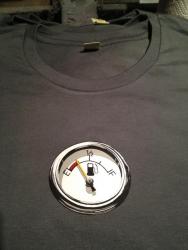 I could not be happier with how this new design turned out. This is my new Quarter Tank of Gasoline Shirt. I chose to print this 5 color design on one of my favorite shirts by Alternative Apparel.This shirt costs more but is worth every penny. It feels like a vintage concert shirt and fits like a regular T. It is like no other shirt and will quickly become your FAVORITE NEW SHIRT. This design would not be created without being inspired by the writers of this amazing song. 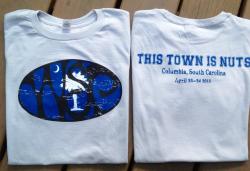 This is our Newest Design. This is our New Distressed WSP South Carolina Shirt specifically for the Township Auditorium 2 Night Run on April 23rd-24th 2013.
They are printed on Silver Gray Anvil Fashion Ringspun T-Shirt  4.5 oz. 100% preshrunk combed ringspun cotton; Shoulder-to-shoulder taping; TearAway™ label; Tubular; Double-needle stitching on sleeves and bottom hem.
It is a natural fit and insanely SOFT. 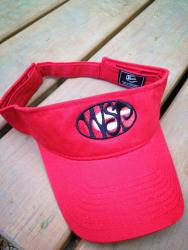 This is a brand new Visor with our WSP w/UGA Flag. We embroidered on Outdoor Cap 3 Panel Garment Washed Visors.
They have a 2 1/4 " Crown with a pre-curved visor.
There is an adjustable Velcro Closure. One size fits most. 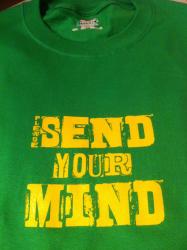 If you can't come home...Please Send Your Mind!! I love it when Panic covers this sweet Van Morrison tune. It is printed on Shamrock Green Hanes Beefy-Ts. 100% Pre-shrunk Cotton. 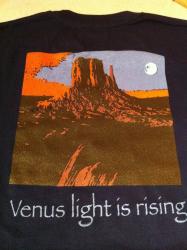 This one I am very proud of. It took many, many attempts to get these colors separated and aligned correctly. But I believe it turned out better than I ever expected. Also this is the first time I printed this shirt. I designed this shirt in 2000 but never got to print it myself. I found my artwork and decided to attempt to redo it. It was a difficult design to print but so worth it!! I hope you enjoy this piece as much as I do.... 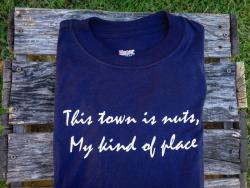 This is one of my favorite drawings that I have done and happens to be of Michael Houser. I love the fact he is wearing an Athens, GA shirt while playing his Fender which was a discontinued guitar called a Fender Telecaster Deluxe Plus. I first introduced this shirt during the April 2000 three night run @ the Classic Center, Athens, GA.

All Mikey Gear helps raise money towards the Michael Houser Music Fund for Athens Academy. Thanks for your support 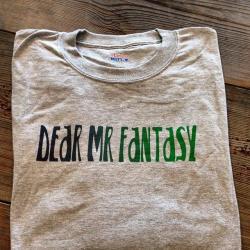 I decided to design my first Jimmy Shirt and use lyrics from "Dear Mr. Fantasy" The song was written by Jim Capaldi, while the music was written by Steve  Winwood. I could not be happier with how these shirts turned out. They are printed on Beefy-T Heather Gray Long-sleeve Shirts by Hanes. Each one of these shirts is an original because the ink smears differently each time!! I hope you like them as much as I do.... 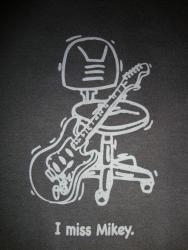 I am really proud of this design. This shirt is a Michael Houser Tribute shirt called "I miss Mikey." It is a simple drawing but a reminder and tribute to an amazing musician. I will be donating 50% of every sale of this shirt to The Michael Houser Music Foundation for the Athens Academy. I hope you enjoy this shirt as much as I do and I really appreciate your support. This shirt is printed on 100% Certified Organic Cotton Shirts. It is pre-shrunk heavyweight. 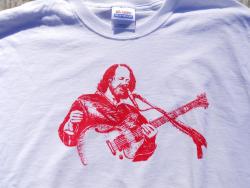 This shirt is printed on Hanes Heavyweight Longsleeved shirts. They are 100% pre-shrunk cotton white shirts. The front is red ink and the back is black ink. The front is a new JB drawing of mine and the quote is from Warren Zevon's song "Lawyers, Guns, & Money". 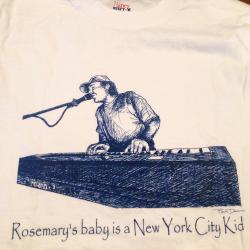 I really love how this illustration of JoJo turned out and its one of my favorite songs he sings! It is printed on 100% pre-shrunk cotton Hanes Beefy-Ts in white.

Widespread Expressions - Vintage - I'd rather be on Panic Tour 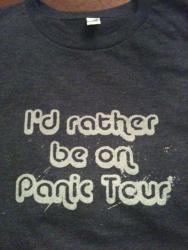 Just printed this new "I'd rather be on Panic Tour" Shirt after seeing everything I missed this Summer tour. The shirt says it all!! It is printed on either Anvil transitional vintage style T-shirts w/ light grey ink. It is so soft! But the vintage one I printed is in the style of your old favorite 70's Concert T-shirt.... Faded, Soft & a Broken Up Font. They both have a small WSP on the back between the shoulders. 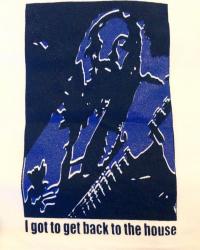 I got to get back to the House!!! ! I am bringing back a classic that I first designed in 2001. I am not gonig to be able to print these again. We are just cleaning out the loft in the art studio. Once they are gone....
It has been a long time since I have been able to wear one of these shirts and even better yet, I can share a few. I love this design because you can feel the thunder that Schools is dropping down. I only have a few in each size: Small-3XL. Hanes Heavyweight.